Jesus said in Matthew 11:29, “Take my yoke upon you and learn from me, for I am gentle and humble in heart, and you will find rest for your souls.”

Learning about Christ and about His will for our lives is a key component of “growing in God” and small group life at CLA. It is vital as Christians to discover the balance between owning the responsibility to grow and trusting in the help and power of the Holy Spirit to bring about Christ-like character in us.

Below are the following classes and education programs at CLA: 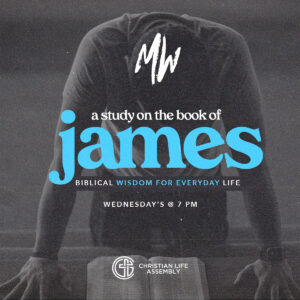 Wednesday, September 16 - October 7 | 7 PM | In Person in the Sanctuary or CLA Live
Come and join us for a midweek break with a refreshing study of the Word of God. This systematic and biblical teaching will walk you through the book of James as we gain godly wisdom for everyday life. Detailed message notes can be found each week in our church app. We also have two options for you to learn with us! Join in-person in the sanctuary or CLA Live from your home. Come and grow with us!

A Study On Understanding & Practicing Your Spiritual Gifts 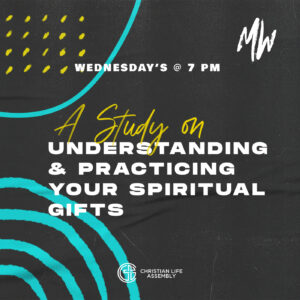 Wednesday, October 21 - November 18 | 7 PM | In Person in the Sanctuary or CLA Live
This systematic Bible study will take a close look at what are spiritual gifts and divided into five sessions.
Session One: Introduction
Session Two: Wisdom, Knowledge and Discernment
Session Three: Faith and Healings
Session Four: Miracles and Discernment
Session Five: Prophecy, Tongues & Interpretation.
Detailed message notes can be found each week in our church app. We also have two options for you to learn with us! Join in-person in the sanctuary or CLA Live from your home. Come and grow with us! 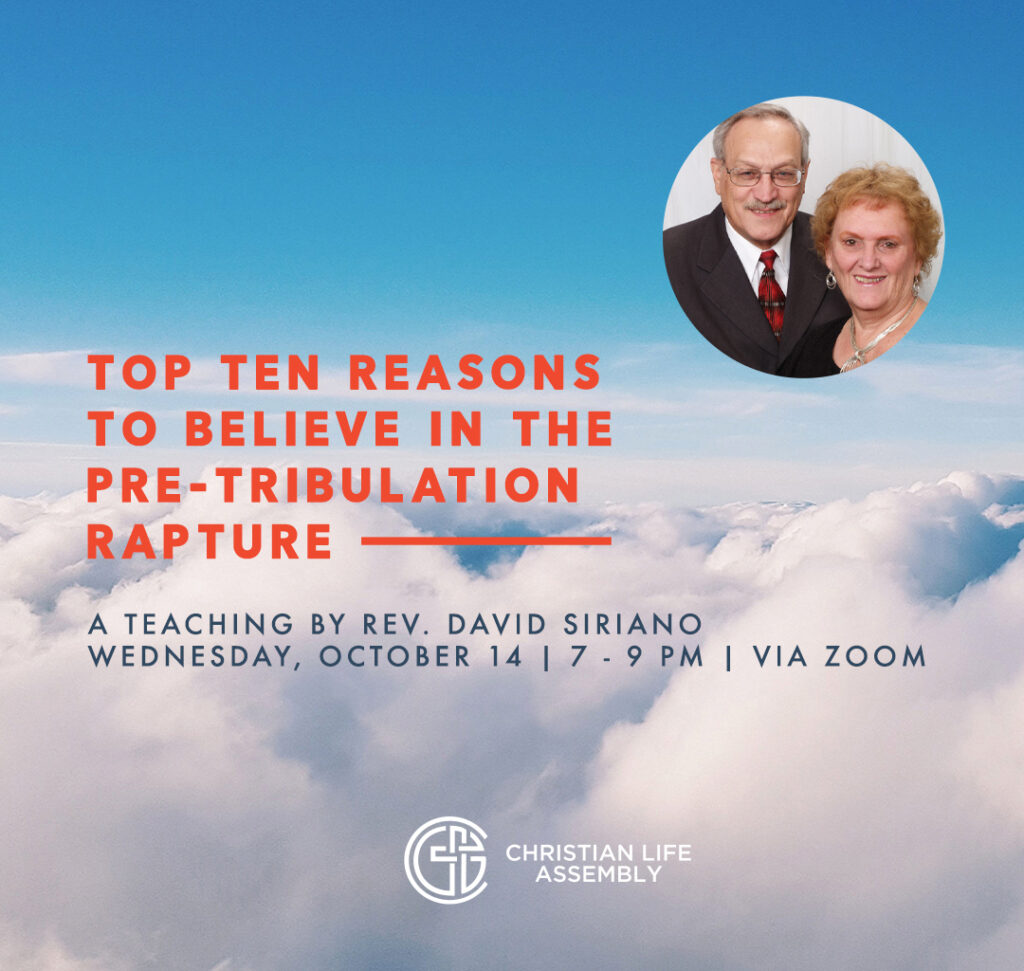 Top Ten Reasons To Believe In The Pre-Tribulation Rapture

A teaching by Rev. David Siriano

We will take a break from our normal Midweek studies and be blessed by Bible and Eschatology teacher Rev. David Siriano. Pastor David will connect the current state of affairs of our nation and world to Bible prophecy and focus on the top ten reasons to believe in the Rapture. There will be a time of questions and answers at the end of the teaching. Invite a friend or family member. This class will be offered via Zoom. Please register to get the Zoom link.

David Siriano is a 1963 graduate of Zion (Northpoint) Bible College in Haverhill, MA and has his degree in Bible.  He served as a Pastor in the New England States and New York for 45 years until 2008. No longer Pastoring, he is now available to travel and conduct End Times prophecy seminars nationwide. Throughout his ministry, he has had an avid interest in Eschatology, the study of End Time events.  He has devoted much of the past 45 years studying and teaching on that subject.  As a social eschatologist, he has conducted numerous seminars in the states of New York, Massachusetts, Connecticut, Rhode Island, Maine, Vermont, New Hampshire, Pennsylvania, Maryland, Florida and throughout the east coast on the End-Times message of the Bible and how it relates to the news events of today. He specializes in the Biblical Apocalyptic books of Daniel and Revelation, the Old Testament Tabernacle, and the Major and Minor Prophets. He has taught at the New York District School of Ministry, as college guest lecturer and teacher at Northpoint Bible College in Haverhill, MA, and at Crossroads Cathedral International Bible Institute in East Hartford, CT. He and his wife Elsa May, reside in West Henrietta, NY. They have two children David and Darla who are involved in Christian ministry: David at The Church of North Orlando in Florida and Darla at Faith Temple in Rochester, NY. They have eight grandchildren, Karina Nicole, Andrea, Karina Lynn, Katie, Tyler, Alyssa, Kaci, and Colin. 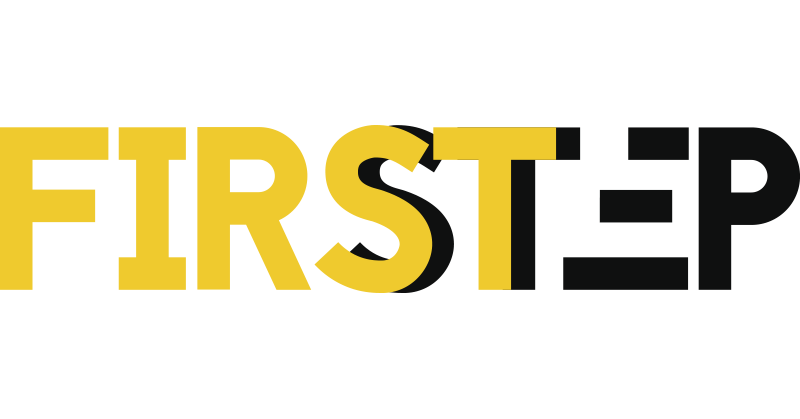 First Step is a ministry dedicated to helping new believers take their first steps in developing an intimate relationship with God. Topics covered in these classes range from developing intimacy with God, getting to know Jesus, following Jesus, the importance of water baptism, the assurance of salvation, etc... 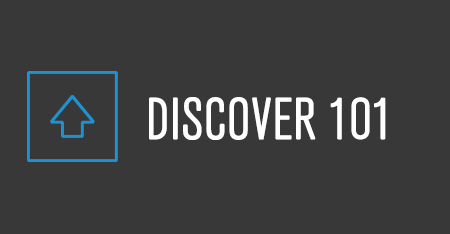 Discover 101 is our membership class. You will discover our story, our mission, our vision, our CORE values, our ministry plan and the pathway to membership at CLA. This class will challenge and inspire you on your spiritual journey! This class will be offered via Zoom. Please register to get the Zoom link. 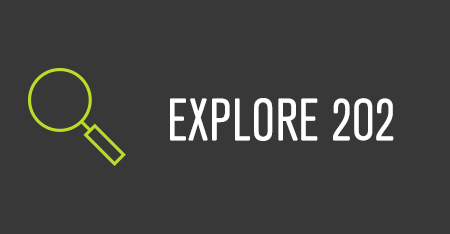 EXPLORE 202
Is not offered at this time.

Explore 202 is our biblical core doctrine class. You will explore key biblical and fundamental doctrines and spiritual practices that are central to our faith as Christians on an everyday basis such as Bible reading, prayer, the Holy Spirit’s gifts and empowerment in our lives as believers, etc… Don’t miss this inspiring class! 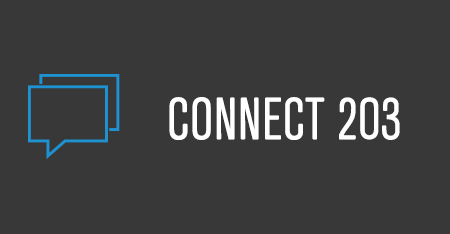 CONNECT 203
Is not offered at this time.

Connect 203 is our spiritual gifts class. This is a two session workshop. You will learn how to connect to the body of Christ by using your God-given gifts and passions. At the end of the class, we will work with you on a one-on-one basis in placing you into ministry. A continental breakfast will be served. 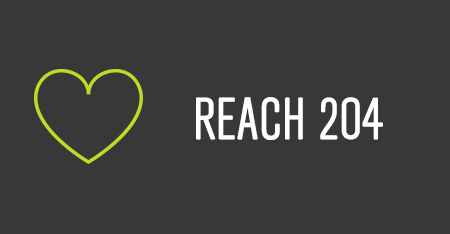 Reach 204 is our relational evangelism class. You will learn how to effectively reach your family and friends through the different methods of evangelism (i.e. telling your story, being relational, giving a verbal witness, etc…) Be empowered to REACH others for Christ! This class will be offered via Zoom. Please register to get the Zoom link.

Developing the Leaders Around You 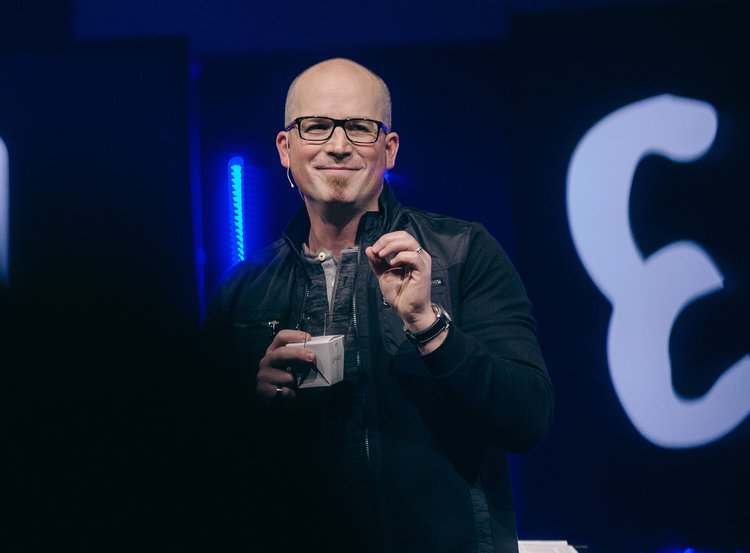 If you are a leader at CLA, desire to be a leader or you just want to know more about leading well in your circle of influence, please join us for this leadership module by Eran Holt. Eran is a John Maxwell Team Certified Member trained in Coaching, Public Speaking and Leadership Development using a variety of John Maxwell Leadership Resources. A continental breakfast will be served. Registration is required.

More About Eran:
Eran and his wife Julie and their three children, Caleb, Emma, and Ellie currently reside in Poconos, PA. Eran has over 20 years of Student Ministry experience having most recently served as the Student Ministries Pastor at GT Church, Reading, PA for over 15 years. During their tenure, the student ministry grew from roughly 30 students to over 400. Eran's passionate, creative and relevant preaching has distinguished him as a prophetic voice and communicator. He speaks at various churches, camps, retreats, conventions and conferences.

Eran's passion is to inspire adults to become spiritual fathers and mothers who will raise up an army of students to lead their generation. In 2016 Eran and Julie founded Lead The Generation, a non-profit ministry providing training and inspiration for youth pastors, volunteer youth leaders and student leaders. Eran equips Youth Pastors from all over the nation through his Coaching program called Mastermind.

At CLA, we hold leaders to a higher standard. Biblical leadership is the task of leading God’s people into mutual ministry with one another for the purpose of building up the body of Christ and reaching out to the world (Eph. 4:11-13; Matt. 28:18-20). In order to accomplish this task, leaders need to:

Establish a growing and maturing relationship with the Lord. (John 15:5)

By far the most challenging model of leadership in the Bible is the Lord Jesus Christ. Jesus said, “Follow me” (Matt. 4:19), expecting men and women to abandon self-centered lifestyles and follow Him. In return, He gave meaning and purpose to their lives. He nurtured, trained, and equipped them for a mission that was far bigger than anything they could have imagined. What caused people to follow after Christ? Two things: His vision and His example. Jesus had a compelling vision. He was looking for men and women who were willing to become His disciples and go into the world on His behalf (Matt. 28:18-20; Acts 1:8). In Matthew 9:36-38, we find Jesus casting vision for His disciples. “But when he saw the multitudes, He was moved with compassion for them, because they were weary and scattered, like sheep having no shepherd. Then He said to his disciples, “The harvest is plentiful, but the workers are few. “Therefore pray the Lord of the harvest, to send out laborers into His harvest.” But Jesus not only had a vision—He embodied the vision by becoming an example. The Scriptures provide us with the most vivid example of all when “He rose up from supper and laid aside His garments, took a towel and girded Himself. After that, He poured water into a basin and began to wash the disciples’ feet, and to wipe them with the towel with which He was girded.” (John 13:4-5). This was the explicit role of a servant of a household. Why did Jesus do this menial task? To show us that leaders lead by example. Leaders serve those they are leading; no task is “beneath” a leader. In Mark 10:45, Jesus tells His disciples that He did not come to be served but to serve. This is a true shepherd. Leaders have a heart for being caregivers. They see others with compassion, as Christ saw them in Matthew 9:36-38, distressed and downcast, in need of a good shepherd who will protect them and provide nurturing care for them. Deep in their hearts, leaders are convinced about the need to do ministry and use their gifts to shepherd others. (Phil. 1:8; 1 Thess. 2:7-8; 1 Peter 5:1-4) Leaders at CLA are intentional about shepherding God’s people who are in their group. Not every leader has the primary gift of shepherding but they should be intentional by finding either an apprentice or somebody in the group who is gifted in shepherding. CLA leaders care for the flock as if they were their own children (1 Thess. 2:5-12).

How do I become a leader at CLA?

Any office or position of leadership in the church (other than that of pastor) may be filled by appointment of the pastor with advisement of the church board for the unexpired term if they meet the following requirements:

a) Be a member of Christian Life Assembly.

b) Serve for six months prior to leading.

c) Exceptions to a) and b) can be made at the discretion of the Pastor with the approval of the church board.

How do I become a deacon at CLA?

Deacons at CLA are servant leaders. Deacons are chosen out of the congregation to serve the needs of ministry under the direction of the leaders and are to uphold high standards in their servant-leader role.

It is important to note:

a.) A deacon is a man or a woman who is appointed to the ministry of serving others by those who lead the Church.

b.) The primary characteristic of a deacon is an attitude of being ready to serve. This marked willingness to serve is the beginning criteria that we use in choosing and sustaining this important level of leadership at Christian Life Assembly.

c.) A deacon is a servant leader who serves the Church.

Our bylaws state…
The deacons shall be men or women of mature Christian experience and knowledge, who shall be expected to meet the requirements set forth in 1 Timothy 3 and Acts 6. Deacons shall be at least twenty-three (23) years old, and shall have been members of the assembly for at least one year. They shall have documented proof of having supported the church with their tithes and offerings for six months prior to holding office and shall continue to tithe while in office, have a cooperative spirit, regularly attend church services and functions and have taken the required courses as set forth by the Pastor and the church board. They shall not hold ministerial credentials with the District or General Council of the Assemblies of God.

Below is a chart to help layout the leadership path at CLA.

• Be a Relational Witness
• Believe & Be Baptized.
• Belong to a Small Group.
• Begin to Volunteer.
• Begin to Give.
• Become a Member.

• Become a Member.
• Serve for Six Months Prior to Leading.

To view the constitution and bylaws of Christian Life Assembly, please click here.